A friend of mine just posted a link on Facebook to a very interesting image that is also beautiful to look at. It is a visualization of Facebook friend data–ten million Facebook friend pairs, to be exact.  Mapped geographically against a black background the pairs create a striking image. The image’s creator, Paul Butler, a Facebook employee explains on a Facebook note that he created the image in an effort to map the “locality of friendship.” On one level it is an amazing image of connection.  He describes how within Facebook, the image circulated as a “reaffirmation of the impact we [Facebook] have in connecting people, even across oceans and borders.”

A closer look at the image, however, makes a more powerful point about the opposite fact–the map has huge dark spaces of disconnection. The most striking of these is the huge dark space where China should be. The country with the most Internet users is completely “dark”–disconnected from “friends” around the globe. Does this disconnection mean anything?  Perhaps it doesn’t mean much economically, but it surely means that a whole bunch of friendships between China and the rest of the world aren’t getting status updates, sharing photos, or communicating about everyday things–the kinds of everyday exchanges that build understanding.

This reminds me of an excellent blog post I read a few months back analyzing China and the World Map [page removed] of the Internet. The author of that post offers an interesting discussion of the insularity of the Chinese internet. 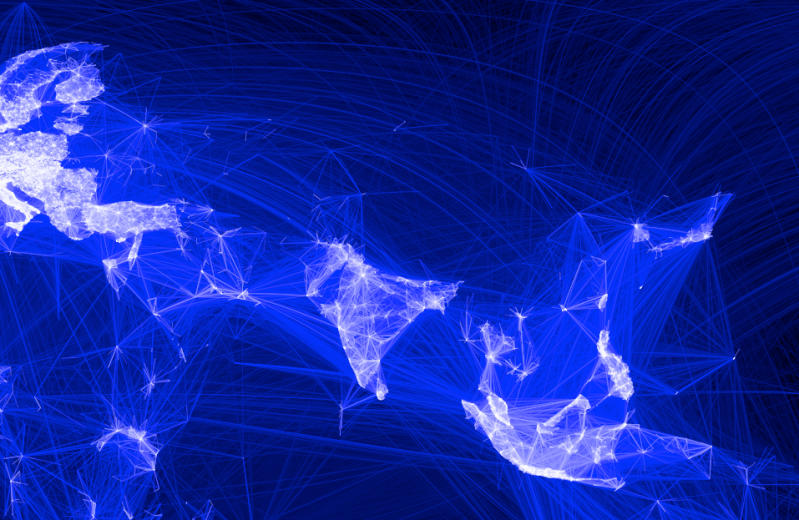