In his usage of the Crystal Palace as metaphor for the ordered interior space of the modern project, Sloterdijk describes the inhabitants as afflicted by a “palace boredom” (180). This boredom makes the inhabitants’ pine for “news from the outside” thus threats are experienced as a stimulant. This waiting for news makes their media nervous systems easy to invade through, for example, the violent acts of terrorism.

In the dense contexts of encounters in urban and global communication networks, there are acts which Sloterdijk describes as pure attack which strike out in a powerful asymmetrical way with “the irreversible headstart gained by those who are on the scene first and make their mark before the others” (180). Acts of terror are of this type—a pattern, he suggests, which mimics the momentum of European colonialisms after 1492. They are able to “seize large terrains in the wide-open space of world news” (180). (And, one might also observe this is the foundation of the profit of capitalist entrepreneurship—the first on the scene who can mine resources from the frontier, exploit a discovery or create a market. Only after the fact do they rehabilitate their image. I’m thinking here of Villette and Vuillermot’s study of iconic business heroes as starting out as “predators.”) 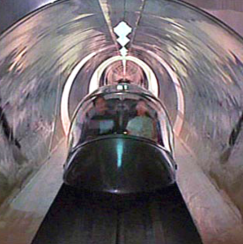 “Terror,” however, lives entirely as a process of media representation—enabled by the dense communication structures of the media environment. As Sloterdijk observes, “…the only anti-terror measure with guaranteed success, namely absolute silence about new attacks in the media…is reliably prevented by…the duty to report” (182) The inhabitants of the palace—the terrorists and their audience—share a fascination with death which ensures that news will be reliably passed along within the interior (185).