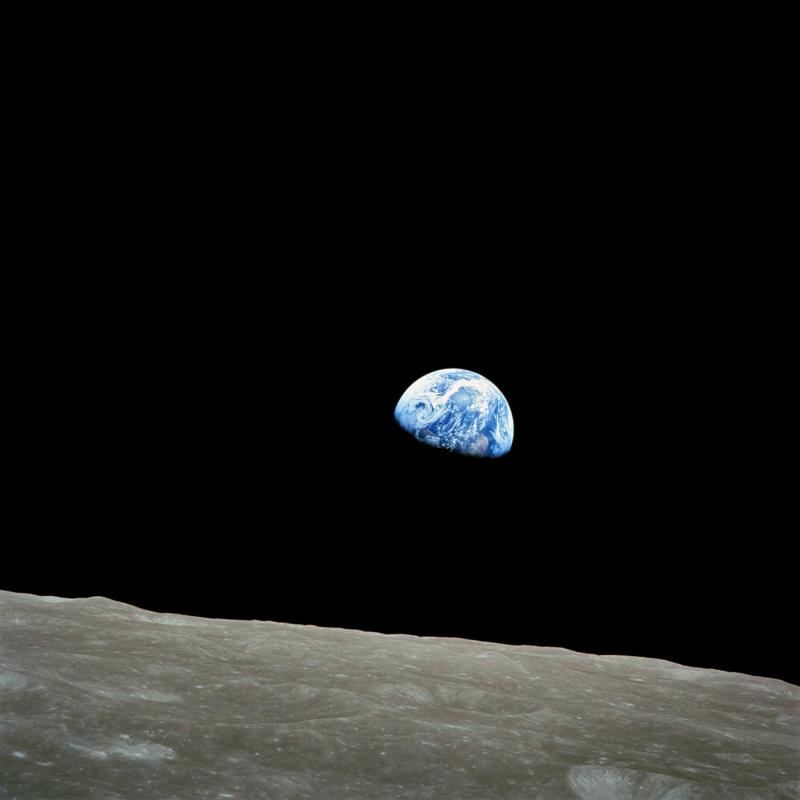 This week was the fiftieth anniversary of the perspective-changing image of the Earth taken from Apollo 8 while in lunar orbit on Christmas Eve 1968. The iconic photograph of the Earthrise—the first color image of Earth from space—and its effects on our understanding of our home planet were the topic of many articles in the media this past holiday week.

So imagine my utter surprise when I showed this photograph to a classroom of over seventy Chinese college students at one of the top universities in China, and not a single student said they had ever seen it.

This week I agreed to give a lecture in the Nanjing University film department on the topic of  environmentally-themed dystopian Sci-Fi films in the 1970s. Specifically I focused on the decade from 1968-1978. So I began the lecture with this image from 1968 and briefly discussed the implications of its perspective on the Earth, the idea of a collective humanity, and the basis for thinking about a single Earth environment in the void of space.

My idea was that beginning with the Earthrise photo would be timely—tied to this week’s 50th anniversary—and also evoke a single united humanity as a foundation for discussing environmental dystopias. Of course, at a time when Sino-American relations are a bit strained, this was an intentional act—to critique the artificial barriers of nation-states in the Anthropocene’s time of emergency.

I began my lecture assuming this common perspective, saying something along the lines of, “Of course we have all seen this photo of the Earth rising over the moon and the important perspective it offers humanity of one world, right?” When I got blank stares I assumed that there was some kind of miscommunication, so I asked directly, “How many of you have seen this iconic photo of the Earth?”

Not a single hand went up.

Of course I continued my lecture and things went OK up until the end. But, in the last day I have been considering my surprise at the fact nobody had ever seen the photo. Perhaps they had all seen a photo like this one, or perhaps they were so used to photos and images of the Earth in space that this just didn’t register.

In retrospect I wish I had briefly stopped the lecture to find out. Because it strikes me as possibly significant that none of them had ever seen it. While I know that they all see multiple maps of China in school from the earliest ages, as well as regular news reports and commentaries on Chinese territory (and threats to it), is it significant that they haven’t seen this image of the Earth? Of course, this is not to exempt folks in the US from the same criticism—after all our current president was elected in part because of his desire to build walls between people.

In an age when more than ever the idea of a common humanity is needed to address global challenges, and yet we see resurgent nationalisms everywhere, the photo of the Earth alone in the black void is needed to remind us that we are all in this together.