When he died yesterday, Liu Xiaobo got quite a lot of press in the West. A Nobel Peace Prize winner and notable participant in the Tiananmen protests that culminated in the events of June 4th, 1989, he was an iconic dissident figure. In fact, I have a hunch that when we look back from some future point, Liu Xiaobo’s passing will have also marked the eclipsing of the “dissident” as a political figure altogether—Solzhenitsyn and Liu—bookends to one of the discursive aspects of the Cold War.

When he died yesterday, “Liu Xiaobo” was a name that was not utterable on Chinese social media. Regardless of what one thinks of the actual man who died, his thoughts, his beliefs, his aspirations or his historical legacy—on the occasion of his death 1.37 billion people could not share the three Chinese characters of his name, or the nine letters and one space in that order that represent his name in pinyin. 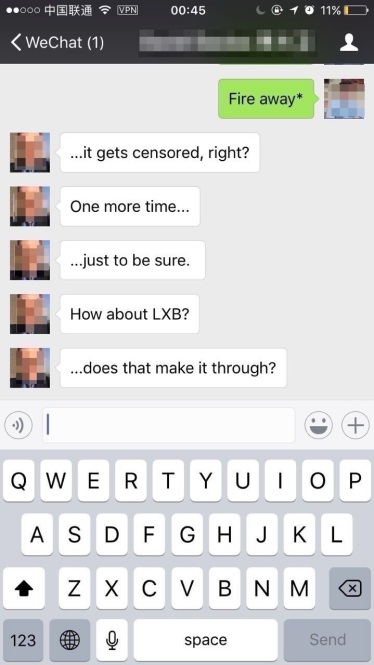 This isn’t just a case of censorship—this is a demonstration of the massive power and weakness of the digital. For much of the past twenty-five years the Internet, the digital and the promise of frictionless connections boasted by affixing an “i” or an “e” to some pre-digital word—have been intoxicating. Recently in China the explosive rise of WeChat and its uniquely Chinese IT “success story” have been the occasion for accolades and awe.

These connections are powerful—more powerfully connecting the world than ever before. When everyone uses digital media and those media are connected, however, a simple line of code or the inclusion of eleven characters in a database makes it a simple thing to make someone disappear. “Liu Xiaobo” has demonstrated the incredible weakness of the digital.

Sure, there is a difference between excising a name and expunging the memory of a person—savvy internet users are regularly celebrated for the creative ways they get around crude ham-fisted censorship. But for some reason, while I listened and read all of the media discussions about Liu Xiaobo yesterday, I couldn’t get past the basic idea of eleven simple characters strung together in a specific order being unavailable on the entire Chinese Internet—roughly twenty percent of the world.