Between tourist stops in Marrakech we passed a Marjane Hypermarket. Since I have done some work in Walmart stores in China, I was curious what a supermarket in Morocco might look like—especially because most of the products we saw for sale were in local markets. With only about 30 minutes to stop I made a quick walkthrough of the store and, since I wasn’t sure about photography, I just took a few photos with my iPhone.

The layout of the store was typical of a supermarket and it had similar departments and shelving. The Marjane had a huge section selling alcohol—something I didn’t see for sale anywhere else on our trip. Some things that caught my eye were the selection and origin of toys in the toy section of the store. There was a Morocco specific version of Monopoly created just for the local market—complete with local property names. In the same aisle, however, were cheap, Chinese-made knockoff Marvel Superheroes. Interestingly they were called “America Heroes.”

The all-male “action figures” cut a sharp contrast with the shelves of white Barbie dolls in glittery evening gowns and fantasy play houses—which appeared to have little relationship to the homes and clothing styles that I saw outside on the streets of Moroccan cities that we visited. 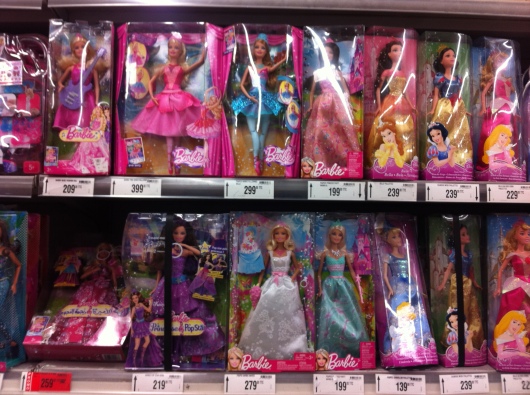 The other interesting department was food. I enjoyed finding whole prepared rabbits in the meat section. Some of the folks in our group found packaged ramen for sale—manufactured in Algeria! I have been particularly sensitive to this particular product since reading The Noodle Narratives this past summer.

Perhaps not unsurprisingly for a country that eats lots and lots of bread, there was an entire aisle of different kinds of flour—some in huge bags.

One interesting observation was that many packaged products had opened “sample packages” next to them that allowed customers to get a sense of the product inside. In the flour section, for example, each brand had one bag open for inspection. In areas where the store didn’t provide open samples, customers clearly felt comfortable ripping into product packages to see what was inside. I noticed that in an aisle with boxed breakfast cereals, for example, that almost every single brand of the dozens for sale had at least one box ripped open. 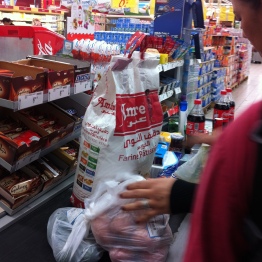 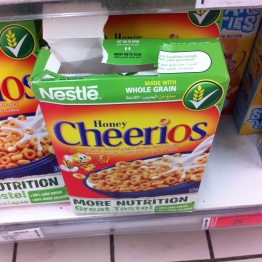 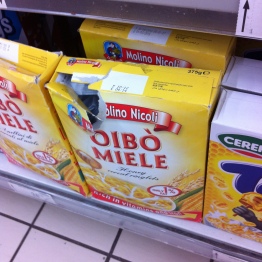 I wish I had had more time to look around the Marjane store to make notes and take photos. It would have been interesting to take an hour and use the Moroccan supermarket to complete the fieldwork assignment that I assign to in Introduction to Anthropology students back in Minnesota.

In any case, the brief stop at the Marjane store was much more interesting than a visit to another leather tannery and Berber carpet store.