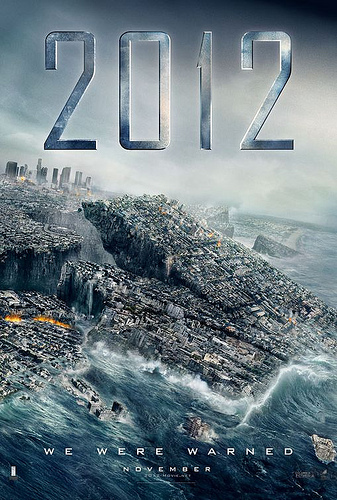 For most of the last decade whenever I have visited China I have always been impressed with how positive everyone seemed when compared to the U.S. Sure China’s income gap is ginormous and growing, the environmental issues are huge, and the dislocations of urban and rural residents are unprecedented in human history. In the face of all of this,however, most of the Chinese people I have encountered in recent years–from close friends to taxi drivers–have been generally upbeat.

While back in the U.S. we have had “the war on terror”, eight years of George Bush’s inept leadership, massive debts and shrinking public services, China has enjoyed urban planning that has created more public spaces, more greenery and an enviable public transportation infrastructure. While back home our two major parties can’t cooperate, China’s single-party system has been pushing ahead (albeit with massive corruption). Whenever I have visited I couldn’t shake the feeling that this really could be China’s century.

Since 2008, however, the same people that used to be so positive seem to increasingly express a level of discomfort and apprehension. I first noticed it in 2008 when the massive snowstorm and the devastating Wenchuan earthquake put people on edge on the eve of the Olympics. I was surprised when a long time friend and former city official resorted to what communists a generation earlier would have referred to as superstition to find meaning in the timing of the quake. More recently the violence in Xinjiang, another earthquake and unusual weather seem to indicate a trend.

On this trip, I have been surprised that on four different occasions people have made reference to the film 2012. The imagery in that film, and the central role of China at the end of it seems to have offered some kind of narrative structure to these disasters. “Have you seen the film?”, two young college students asked me while visiting Nanchang last week, “It was really scary!” I week earlier another student at a different university had also made reference to it. Even a taxi driver mentioned the film when i commented on how unusually fine the weather was.

Last night at dinner, in fact, 2012 was mentioned again in reference to the strange events that have taken place in China of the past few years. “Maybe there is something to it,” a friend, Zhang, who I have known for over a decade mentioned to me over hot pot. “After years with no problems, could it be more than a coincidence?” She had read on the web that there are rumors that tie together the natural events to other recent happenings. That the basic premise of 2012 might not be a myth. When I asked her what she meant, she said it really started with the plane crash that killed the Polish president and the other highest leaders of the Polish government a few months back. On the web she had read that they weren’t really dead, but the crash had been used as a coverup for them to go into hiding. 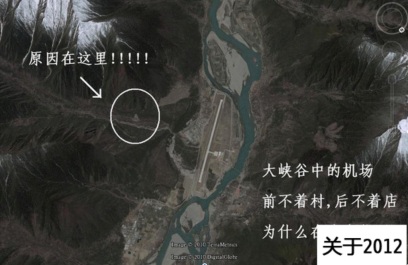 Was it a coincidence that many leaders around the world are suddenly changing–Germany and Japan, for example? Perhaps they are preparing for something!

Most curious of all was the sudden departure of Google earlier this year. Why would one of the most successful Internet companies suddenly leave China? The excuse didn’t seem reasonable. She had heard a rumor that, in fact, Google had left so suddenly because Google Earth had mapped things it shouldn’t have. Google had images of construction in western China, and “once they saw these things there was no way they could stay in China!”

In addition to all of these events there have been reports on the Chinese Internet of strange animal behavior and unusual migrations. As we talked, it was clear that Zhang didn’t really entirely believe that all of these things were true, but they were curious and out of the ordinary. Even if one or two of them were false, taken together they really did seem to portend something big coming in the near future.That she or her co-workers paid any attention at all was, no doubt, because the stories held together in some way that seemed to speak to an insecurity about the future. In addition, there is the feeling that people of means in business and government are somehow better prepared to deal with them.

On the surface, I find these rumors and myths interesting as potential commentary on contemporary urban life. As I have thought about them a bit more, I am struck by the potential similarities to the apocalyptic fears of some Americans. I can’t help by think that maybe revisiting Levi-Strauss might be a good idea…