What does it mean when a university faculty takes a symbolic vote, but the administration “won’t take an official position?”

What does it mean when so many universities’ advertising, their senior officials’ speeches, and their mission statements are filled with words like “community,” “responsibility,” “integrity,” “morality,” “truth” or “service”, but then their institutions appear to duck and cover when our public discussion most needs their participation?

It is a display of caution over conviction. It marks the ascendancy of marketing over meaning. It is a symptom of everything that is unhealthy, inauthentic and cynical about our higher education system.

In response to an essay I wrote about Augsburg’s clear and unequivocal stance in opposition to the proposal to amend the Minnesota constitution to define marriage as between “one man and one woman,” yesterday I received news that the faculty of St. Olaf College in Northfield have taken a vote to oppose the amendment. According to an article posted to the Northfield Patch, a local news website,

Over the past 24 hours this news has been the occasion for much “LIKEing” and a flurry of “SHAREing” as it makes its way through Facebook, Twitter and the social networkverse.

A university faculty voted in opposition to the amendment. Bravo! The faculty are taking a stand! They mean it. That’s something! It’s something, isn’t it? Isn’t it? It must be something…

The key word in that sentence is symbolic. Symbolic is often used to describe something that indexes or represents something else but isn’t actually the thing. Of course symbols can be important. To the extent that they are interpreted, understood and felt by their communities, symbols can be powerful rallying totems packed with meaning. But, in a consumer economy where everyday we wade through a flood of symbols they can also be easily watered down and diluted—left shallow, hollow and empty. They can become just marketing, something to print on a tee shirt. Just another brand.

“The Practical Magician and Ventriloquist’s Guide”

I want to be clear that I’m not criticizing St. Olaf’s faculty. I’m sure that the faculty are very serious about their opposition to the proposed amendment. I know the faculty at my university would be equally serious about this issue. It is important and now is the time for communities to speak. But, university faculties aren’t what they used to be. These days often professors have been made into symbols of themselves—marketed and sold to students and parents in the “marketplace” of higher education. We make great photo ops with our shelves of books and cool professor robes. Smile. A little closer. Look studious. Don’t give them too much to read. And, please, no “Fs.”

Make sure to smile.

You see, in the good old days higher education had learning at the core, and the faculty comprised that core. The faculty was the authentic foundation of the university and the voice of the faculty very much was the voice of the university—a voice that was respected and listened to by administrators and boards of trustees, many of whom had come up through the academic ranks themselves. Oh, I’m sure that even then faculty had a reputation of being eccentric or sometimes tough to manage, but the folks doing the managing understood the culture of education.

A lot has changed.

In the university-as-business model that is threatening to dominate higher education, the faculty is becoming simply “labor,” the students becoming the “customers” and the management is…well, er, the management. The universities are in danger of becoming their management. How do I know this? You can always identify the managerial voice by the carefully practiced, homogenous language of corporate culture. It communicates its messages in paternalistic tones. This language comes through loud and clear in the statement issued by St. Olaf’s “Media Relations” office as quoted in the news article,

The appropriate role for a college is to encourage and prepare its students to take informed positions on public policy issues, to participate in discussion of them, and to exercise their right to vote. St. Olaf’s mission states that we ‘challenge our students to be responsible and knowledgeable citizens of the world’ and we encourage all Minnesotans to do the same. This is the role St. Olaf embraces.

But St. Olaf doesn’t take official positions on the many issues that are now and will be under public debate.

I had to work hard to hold myself together when I read this.  You see, I wanted to go outside, throw my hands up in the air and yell,

You see, there is something very interesting going on here. The faculty vote “speaks” with the voice of the collective community of the faculty—the real and authentic, living and breathing community of educators—the heart and soul of the academic mission of the university. (This by, the way, is not to ignore the staff and many other members of the university community that also comprise the university. Faculty, many of whom are tenured—their entire professional lives tied to the fate of their institutions—speak from a very different relationship.)

The authentic voice of the faculty is displaced by another voice that claims more power—a faceless and nameless managerial voice—the office of Media Relations. Sitting on the lap of the ventriloquist it speaks with another’s voice, but who is speaking? Read that media relations statement again and you will see that it speaks with the voice of the college itself. And what it says is that the university won’t take a official position. If this is the authentic voice of the university than it has just directly contradicted the democratic voice of its community. Curiously, it tells us: “The faculty are not official. They represent nothing more than themselves.”

Saint Olaf speaks. But, whose voice are we hearing? Who is behind the curtain? Is it the university president? Is it the board of Trustees? Is it an alumni office, perhaps afraid that donors will be upset? Is it the Smoking Man hanging out in some dark subbasement of the student center? Dorothy, grab the heartless, the brainless, and the gutless and let’s go and find out who it is.

See, this is my point. Nobody has just spoken for the community of real people that comprise St. Olaf College. And what did Nobody say? Not surprisingly, Nobody said nothing. Nothing meaningful at all. Translated from corporate doublespeak, the Media Relations statement, might as well read,

The appropriate role for a college is just to teach students, give them information and encourage them to vote. This is what we mean when we say in our mission that we ‘challenge our students to be responsible and knowledgeable citizens of the world’ because just teaching and learning and checking a box on a ballot a few times a year is how we have redefined ‘responsibility’ and ‘knowledge’ and believe us, keeping up this charade is ‘challenging’ especially when tuition is so high. We embrace this noncommittal ‘commitment’ and hope all Minnesotans will also.

St. Olaf doesn’t want to take an official position on these tough issues and engage our community, because at this time we don’t even know who is speaking right now. Who is writing this?! 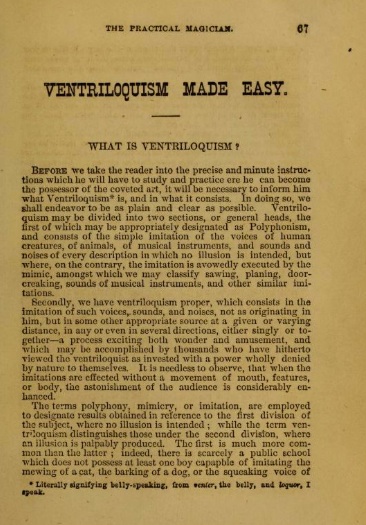 Now, I want to be careful here. As an outsider I don’t know all of the details of these events. I am reacting to a single news article and interpreting it in the context of similar kinds of events, and my own experiences of 15 years in higher education. St. Olaf is an example here, and not explicitly my target. It is possible, however unlikely, that the faculty had their “symbolic vote” and then sent a representative directly to the Media Relations office and told them to send out the statement that was quoted in the news article. Perhaps they agreed to have their “cake” of a moral stand while still being able to benefit from the advantages of their university not officially endorsing their perspective.

The funny thing about Nobody is that he or she loves to use the word community, but it always rings hollow. Managerial culture is excellent at turning a profit because it turns people into abstractions. They are not fired but “separated.” They are not people, but paychecks to be issued or labor to be managed and made more efficient. Managers regularly use the word “community” because it is the only rhetorical cover they have for the damage they do when they let the Media Relations office—an abstraction—speak for real people.

Should we really be surprised that what passes for public discourse in the US these days consists of people shouting in a crowed room? Isn’t that, after all what the market teaches us? Buy Nike! Eat KFC! Coke!

Nobody knows how to have a discussion anymore and the very people who should be teaching and modeling this behavior—higher education—is busy doing the same thing.

What is the authentic university? What does its voice sound like?

The faculty of St. Olaf—the real human beings—got together and voted to oppose the proposed amendment to the MN constitution. Their authentic act of community was, to a certain extent rendered impotent by a university administration that has claimed to be the university’s authentic voice. Until the administration is given a face—until the people who are actually doing the speaking are recognized and held responsible for their decisions, the faculty vote will only be symbolic.

This is where I see Augsburg’s public stand as fundamentally different from St. Olaf’s. Augsburg’s president had the courage to make a public statement himself, on behalf of the community he leads. If St. Olaf’s administration were really doing the work of the university and really believed the words of their mission they would recognize the significance of their faculty’s symbolic act and then actually take official action.

The administration could follow the faculty vote and oppose the amendment or willfully choose to ignore it and officially support the amendment. You see, the problem here is that there is no principled discussion, no true public debate. When there is no real leadership, Nobody does all the talking.

…and, let’s not forget the nearly 200 other institutions of higher learning in Minnesota that are standing silently by, no doubt waiting to see how this all plays out.